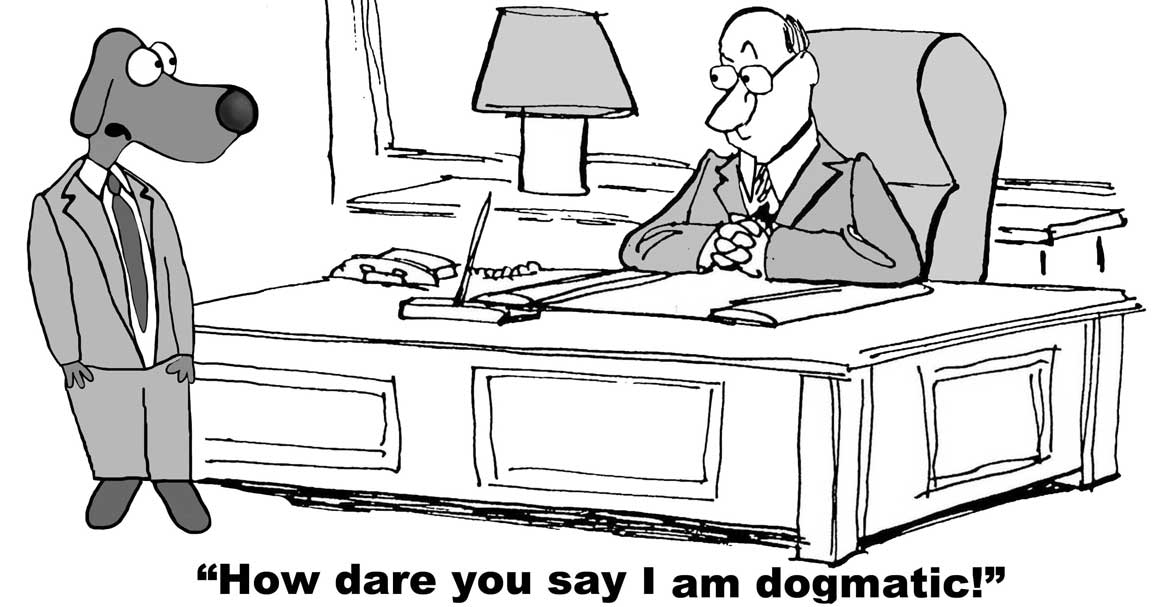 “The great thing about negotiating is that it enables people – often from diverse backgrounds and polarised positions – to come together and strike deals to the long-term benefit of both parties.  You do not have to agree to do business or sign treaties.  The whole process of trading enables participants to park their differences for the greater good.”

I wrote that last week, but as I concluded the essay, I realised that perhaps the most difficult negotiations you will ever get involved in (apart from your personal terms and conditions at your workplace, or perhaps negotiating where you agree with the other side – and disagree with your own side’s position!) is where you are negotiating with people “of faith”.  And I don’t just mean religion here, though they are the most obvious example.

It is really difficult to negotiate with people who are so certain of their position that they feel the need to impose either it, or its consequences on the rest of us.  In Scotland, for example, we have what are called the “Wee Frees”, an extreme religious breakaway movement that thinks that raw-boned “Church of Scotland Protestantism” just doesn’t go far enough.  The Sabbath is there to be observed, which is absolutely fine – until you start trying to tell me that I have to follow the same rules!  It is only in the last ten years that the national ferry company, CalMac, felt able to sail between Stornoway on the Isle of Lewis and the mainland at Ullapool on a Sunday.  To me, would it not have been easier, assuming that you are a true believer, just not to take the Sunday sailing, but let the rest of us get on with it?  Why this need to impose your will on me?

They might, of course, argue the diametric opposite: why impose the noise that the ferry makes on my Sunday?

Looking at the USA - a country I love - from without its borders, you do wonder which bit of the juxtaposition between the number of guns and assault weapons in private ownership and the number of random shootings and massacres that there are – seemingly on a weekly basis – that they don’t get!  The NRA blithely talk about there being no link; a classic case of blind faith shielding the true believer from the unpalatable truth of the matter.

Then you have the person, typically young, who genuinely believes with all his/ her heart that suicide bombing is a good thing and that god will somehow reward them in an after-life for killing the infidel.  Really?

So how do you negotiate with the person of extreme faith?  Sometimes, the answer is that you don’t.  Negotiation is a trading process in which there is give and take, so for a negotiation to take place – well there needs to be give and take!  The truth of the matter is that you cannot negotiate with the true believer.  You have to find the sensible, moderate people just behind them; they are the ones with whom business will be done and agreements crafted.

Robin Copland
More by Robin Copland:
The Sea That Isn't and the Deal That Is
A Wee Journey
Back to Insights