Members of the Jury!! 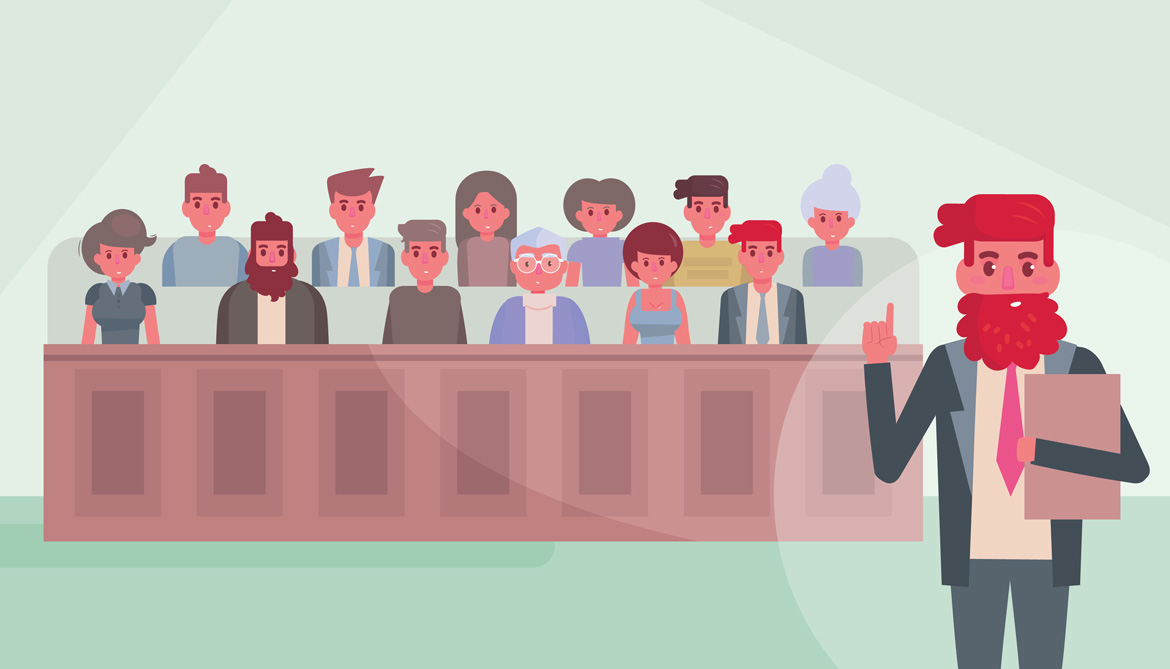 I’ve been on jury service this week.

Can’t tell you anything about the deliberation, against the law. Could tell you about the verdict, but not going to, not relevant to my story (oh go on then guilty!)

The thing that I really enjoyed watching was the to-and-fro between the various advocates in the court, and indeed the judge. I do not want to be flippant about this in any way, as in the end, the cases dealt with some pretty traumatic events in people’s lives, but as a keen observer of behaviour and our reactions to it, what a microcosm to behold.

As a commercial negotiator a couple of key observations.

The first was that despite the obvious skill of the barristers in telling wonderfully persuasive stories and weaving compelling narratives, neither of them particularly saved the day for either side. In fact, and to be honest, after a while I kind of switched off. Well, they would say that, wouldn’t they? A bit like a salesman blathering on about a product you were going to buy anyway (or not).

The art of getting others to see things how you see them is brilliant when it works. But pretty blooming dull when it doesn’t. No one likes being preached to. Well maybe they do but only in church.

The second was the absolute power of the final summary from the judge.

This summary was a brief overview of all major arguments in the case, delivered in a compelling and dispassionate way. All the main facts and arguments were presented in a manner that removed all the confusing but inevitable emotion and pulled together the threads that both sides presented. It was remarkably powerful.

A final summary in a negotiation is often overlooked, as everyone leans back in awe of the deal they have just struck. Try to ensure this does not happen. Get everyone on the same page and identify any misunderstandings. Lots of deals fall apart or need to be revisited due to this one simple oversight.

The other thing a summary should not be is biased. If you want the summary to be valid make sure it is a genuine summary of both sides. Totally partial summaries only focussed on what you want to believe or happen destroy any vestiges of trust and are likely to destroy a relationship or deal rather than create one.

If you want to watch a famous parody of a closing summary by a judge, click here