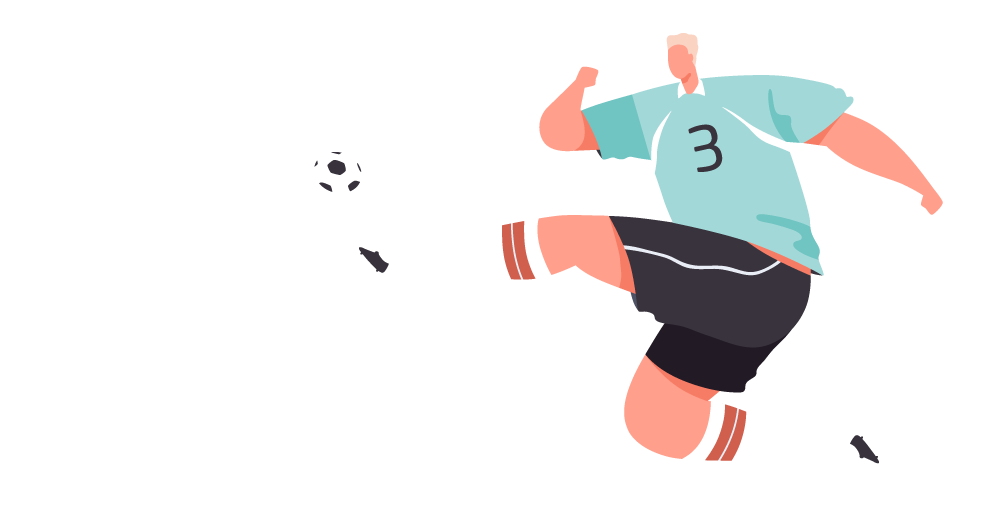 The football season has just drawn to a close in England. Two teams with names beginning with L experienced highly contrasting last-day fortunes with Liverpool putting together a late run of form to finish 3rd and guarantee their place in the financially rewarding Champions League, whilst Leicester City have gone from heroes a week ago (by beating Chelsea in the FA Cup Final) to conspiring to lose at home to Spurs (having led twice) to finish 5th (thus missing out on a Champions League spot) for the 2nd consecutive season.

For the many players the season realistically ended some weeks ago and many will, to use the time-honoured footballing metaphor, have been ‘on the beach’ for some weeks. They will be taking the time to talk to their agents about their future careers and the coming season, discussing whether a move of club is appropriate and assessing their options and deals. For the players who will be involved in the delayed ‘Euro 2020’ tournament, which runs from 11 June to 11 July 2021, the break will be shorter. Some players will fancy a delay to any serious discussions about moving clubs as a successful international tournament can have a significant impact on a player’s value, albeit history is littered with players who have great tournaments, only to flop after a subsequent move to a big club, Andrei Arshavin anyone?

One player who has bucked that trend is Tottenham’s Harry Kane. Having finished top goalscorer for Spurs in his last 7 seasons and finished top goalscorer in the Premier League in 3 of those seasons, he announced his intention to leave the club this summer in search of a bigger club that consistently win major honours. Kane’s clear proposal also outlined his desire to for the deal done by the start of the ‘Euro2020’ and expressed an interest in remaining in the Premier League. I did wonder if one of his people had been on a Scotwork negotiation course. What happens over the course of the next few weeks will be fascinating. The Spurs’ chairman, Daniel Levy, is renowned to be a very tough negotiator and whilst most football watchers won’t be surprised to see him leave the club and most Spurs’ fans understand his desire to move, it’s highly unlikely that a deal will be done in the timeline Kane wants, if at all.

Kane and his advisors will be acutely aware of the context they are operating in and the power they have. Whilst Kane is much loved amongst Spurs fans, only a tiny percentage will begrudge him a move to a club able to win major trophies, which Spurs have failed to do in 30 years and there isn’t a major club in Europe who wouldn’t welcome Kane to their club. They will also be aware that even despite the fact that the market is depressed by recent events, proven goalscorers are at a premium (‘goals pay the rent’) and the very best strikers in the world (Ronaldo, Messi, Lewandowski) are all well past 30 (Kane is 27) and a number of the top sides in are in need of a striker with his considerable talents. Many regard Messi as the greatest player of all-time (I’m more of a Ronaldo fan myself). Whilst Kane’s physique is more comparable to Ronaldo and Lewandowki, his game is more like the diminutive Messi in that he scores goals and links play incredibly well and it is likely to be the latter attribute will stand him in good stead as he reaches his 30s.

How Levy approaches the negotiation will be fascinating. If past experience is anything to go by he will negotiate hard and will undoubtedly try to keep hold of Kane or call his bluff as his contract at Spurs still has 3 years to run. Tottenham’s last two major transfers were the sale of Luka Modric (2012) and Gareth Bale (2016) who both went to Real Madrid for £30m and £80m respectively. As an aside, my favourite Bale story is that whilst he was at school, the PE teacher Gwyn Morris had to write special rules which restricted him to playing one-touch football and NOT using his left foot. Both deals were drawn out with Levy driving a very hard bargain, indeed the Bale fee was a world record at the time.

As in all negotiations, context is critical. Regardless of whether Spurs keep Kane, most football watchers know that their squad is in need of major reinforcements. If Levy stretches the negotiation to the end of the transfer window (31 August), whilst this may increase the price pressure on the suitors, it will leave little room for using the money to enhance their squad. There is also the added complication that Spurs will be appointing a new manager in the coming weeks/months and any manager of significance will demand a transfer budget to overhaul the squad. If they are able to do a cash deal early, it creates a different problem that it pushes up the price of any incoming players as the club has a large sum of cash burning a hole in its pocket.

Given this circumstances, a more collaborative approach, whilst seemingly alien to Levy, might work best for both Spurs and the buying club. I see Kane’s future at Manchester City and a deal with them (or any major club) could see at least 2 players coming the other way who could enhance the Spurs’ squad, it’s also likely that they can use the buying clubs’ desire for Kane to notionally reduce the value of the 2 other players. City will be seeking to enhance their squad beyond Kane and I can see the likes of Gabriel Jesus and Nathan Ake giving Spurs the opportunity to significantly enhance their squad in key areas.

Will ego, or common sense prevail. Only time will tell…