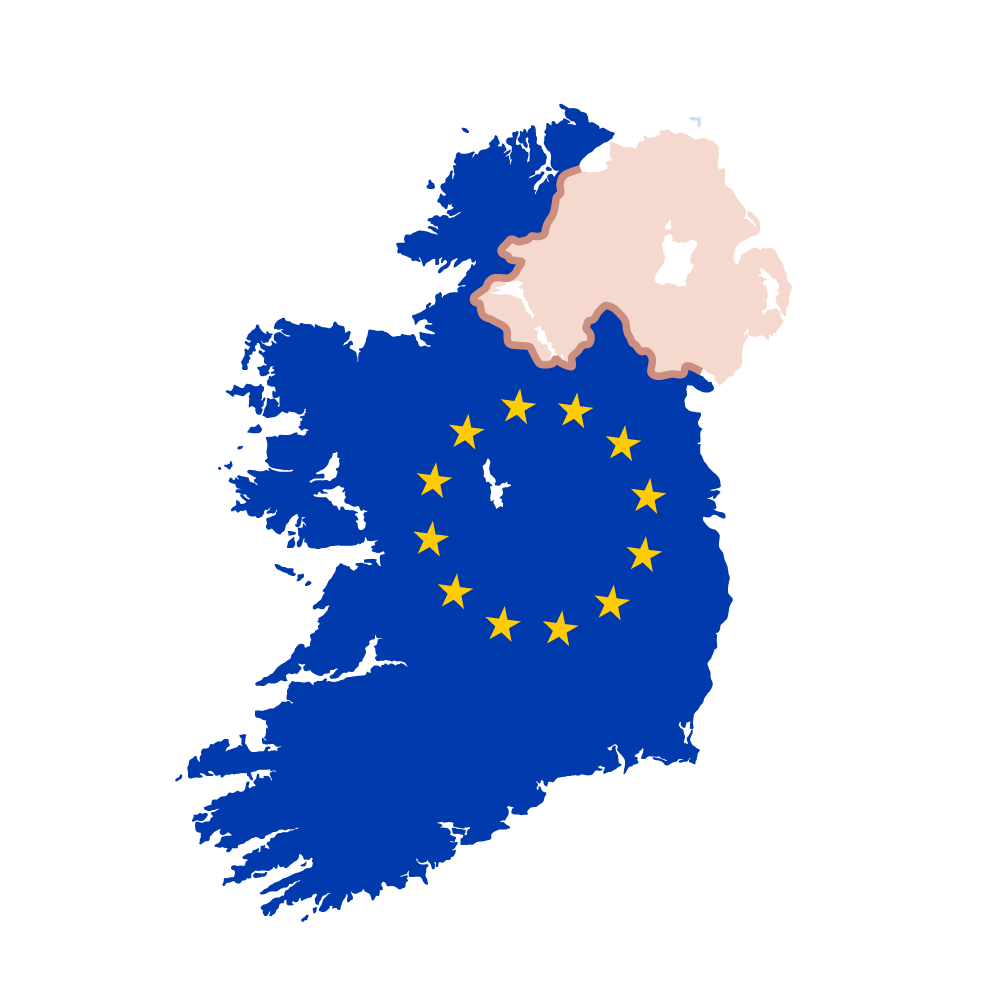 As the UK left the EU, one of the great sticking points was the border between Northern Ireland and the Irish Republic – all borders with the EU which are not with other EU countries impose checks on goods entering the EU and may levy duties and charges.

Something like 0.5% of the EU’s imports pass from Northern Ireland to the Republic of Ireland but currently, about 20% of the trade checks in the whole of the EU are taking place in Northern Ireland to prevent contraventions of the “Protocol” which determines what Great Britain can send from the mainland to a Northern Ireland just to prevent the possibility that it might creep through the border into the EU in the form of the Irish Republic.  Just last week, the Chairman of Marks and Spencer was telling BBC news that items were already being delisted by his company from Christmas stock lists as the protocol would probably mean that they would not be allowed into Northern Ireland.  He described how the EU requires multiple completions of documentation and has been known to reject importation under the protocol for having the wrong colour type font. He told the listeners that a sandwich can require three veterinary approvals and that whole truckloads of food have been rejected for what seem to be trivial and bureaucratic reasons.  Sausages that are designated “chilled meat” are about to become as rare as foie gras is here.

Clearly, wherever you stand on Brexit, it looks like this is not working and the people of Northern Ireland are caught in the middle of what looks like the consequential situation arising from an apparently unworkable deal.  The extensive data from our Negotiating Capability Survey tells us that it is not entirely unusual for negotiators to reach unworkable deals and that this seems to arise when those responsible for the negotiation are not accountable for implementation – North Western University Business School blames this for the fact that over 35% of global merger deals never produce what was promised to shareholders in the first place.

What to do? The UK has several options, which include using a clause in the agreement to revoke the protocol, but I would be surprised if they go there while, of course, always retaining the option and referring to it frequently.  The UK negotiator, Lord Frost told Parliament that "It simply does not fit with the reality of the situation to have laws imposed and policed by institutions outside UK territory".  Maybe he should have thought about that before he suggested that the government put pen to paper and approve it. There is, of course, the provision for “cooling off” which we are doing now.  Meanwhile, the two parties stand like embattled legions in a stand-off in war, occupying their own territory but not really engaging. The European Commission has said it will not renegotiate the protocol and the UK has said it is impractical and discriminates unfairly against Northern Ireland’s people, while elements of the EU-hating press have said that the EU was always going to do this to create mischief and to punish the UK for voting to leave.

An Irish minister has said that they “Don’t want to renegotiate the protocol” and those of you who have been on a Scotwork course may detect in that statement the signal that they may, however, reluctantly be prepared to do so.  But stronger positions are being adopted in Brussels indicating that the protocol is inviolable.  Nevertheless, these strong statements have more emollient overtones about flexibility in addressing problems.  Between the two sides, as I see it, lies a bargaining arena – no-one has said that a deal cannot be done to solve the problem, it just has to be done somewhere between “The protocol is holy writ and the fact that it doesn’t work is your fault for agreeing to it in the first place” and “This is entirely impractical and your interpretation of it is deliberately making it even worse”.  Wherever we all stand on this, there has to be a solution. The deadlock can’t be forever and the current postures will have to relax to some degree.  These are two very experienced opponents who won’t give in and will need to have a solution which meets their overriding needs – not to be construed as renegotiating on one side and not to seem to be allowing another party to have undue influence on your territory on the other.  Essential components of good negotiating behaviour are the ability to listen, test and ascertain exactly what the other party’s position is and to be agile and creative in your response – recognising how you can trade to get what you want in such a way that your counterparty finds it workable.   As Britain and the EU stand on the edge of their new bargaining arena, I for one, will be fascinated to see who proposes what and how the two sides end the standoff with a solution they are both able to say is an individual success (which I predict they will).

David Bannister
More by David Bannister:
Gaining “Friendly” Advantage
Lessons in Negotiating or Putting a Price on Your Cat
Back to Insights