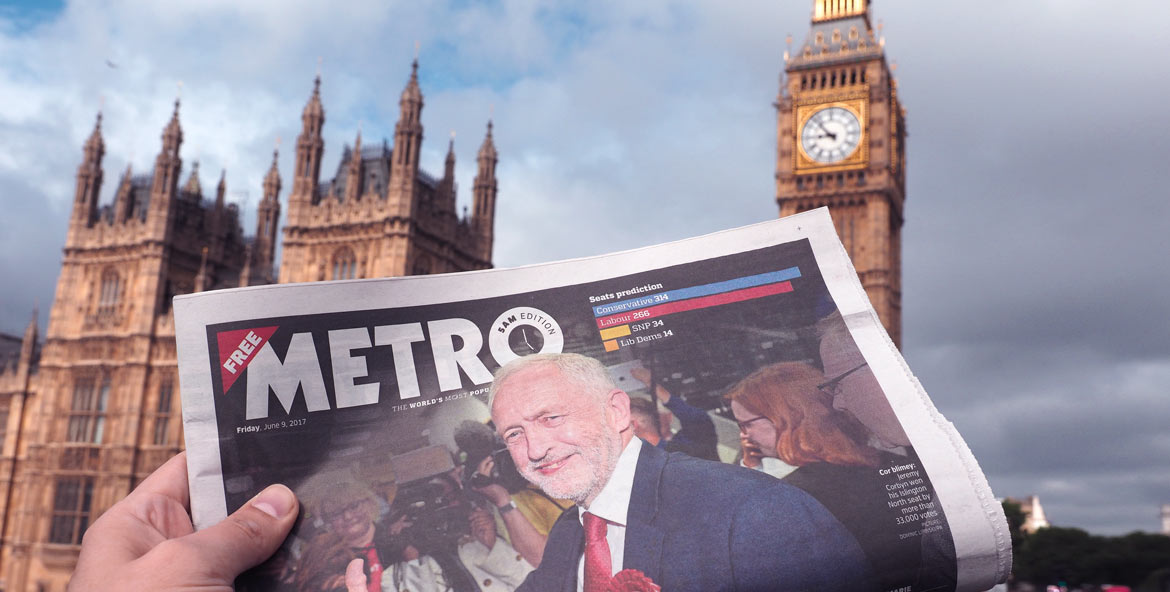 Long-term supporters of the Labour party in the UK live in interesting times.  Like all political parties, its fortunes move in cycles.  If it lurches leftwards – as it did under Michael Foot, for example, in the seventies and eighties, it becomes unelectable – just too radical for middle Britain to swallow.  If it moves to the centre, it becomes electable – witness Harold Wilson in 1964 or Tony Blair in 1997 – but against claims from its left wing that it “sells its soul” and is the Tory party in disguise.  They can’t win!

The party’s problem now is slightly different; where Michael Foot at least had a background in frontline politics and had served in the cabinet as Secretary of State for Employment under Harold Wilson in 1974, Jeremy Corbyn is a stalking horse candidate who got lucky.  Remember the race pacemaker who was setting pace for Steve Ovett, but who got so far ahead that he ended up winning the race against all the odds?  That’s Jezza.

His background is as a political and trade union activist and he was a constant thorn in the flesh of the Labour party leadership during their time in office under Tony Blair and Gordon Brown.  He only just received the 35 votes needed to put him forward as a leadership candidate on the resignation of Ed Milliband.  He was then voted in by activists, who, true to form and under the guise of “democracy” flooded the party with new members who will basically keep him in power as long as he, and the puppet-masters behind him, want him there.

The upside from the left’s perspective in all of this is that it has inherited a political party with an election machine in place.  The downside is that they are being led by a back-bencher.  The downside from the more liberal wing of the party is that they find themselves members of a party that most political commentators think has no chance of election – and this at a time when the Tory party is at its most vulnerable for years.

Interesting times indeed and, dare I say it, not the best advert for democracy that we have ever had.

The Labour party has an open goal in front of it.  The Tories are in a mess; there have been two major resignations since the Chequers agreement was steam-rollered through, Boris Johnson and the main Brexit negotiator, David Davies.  Back-bench Tory MPs from both right and left are engaged in in-fighting and sniping at the leadership – a sure sign that they have lost their grip.

Where is Jeremy Corbyn in all of this?  What does he come up with? What’s the best line he can give us?  The goalie’s up the field playing left wing and all Jezza has to do is trundle the ball into the net.  Lamely, he says that the Cabinet met to discuss their strategy going forward and how rubbish was that?  The ball misses the net by about five yards; it wasn’t even in the right half of the field!

Those of us who negotiate for a living look on at this mess and can’t believe what we are seeing.  The cabinet is still trying to work out a set of objectives; they still haven’t decided the UK position on issues of substance like the Irish border, and what trade and customs agreements can be negotiated with the EU.  If a negotiator goes into a negotiation without a clue what they want, they won’t get it.  But they won’t know what they didn’t get, because they didn’t know they wanted it!

All a bit of a mess, really.  And the UK needn’t look to the EU for help.  They’re rubbing their hands with glee.  And given their track record at knowing when to throw a dog a bone (they didn’t!), we are heading for the biggest “lose-lose” deal in the history of negotiating.