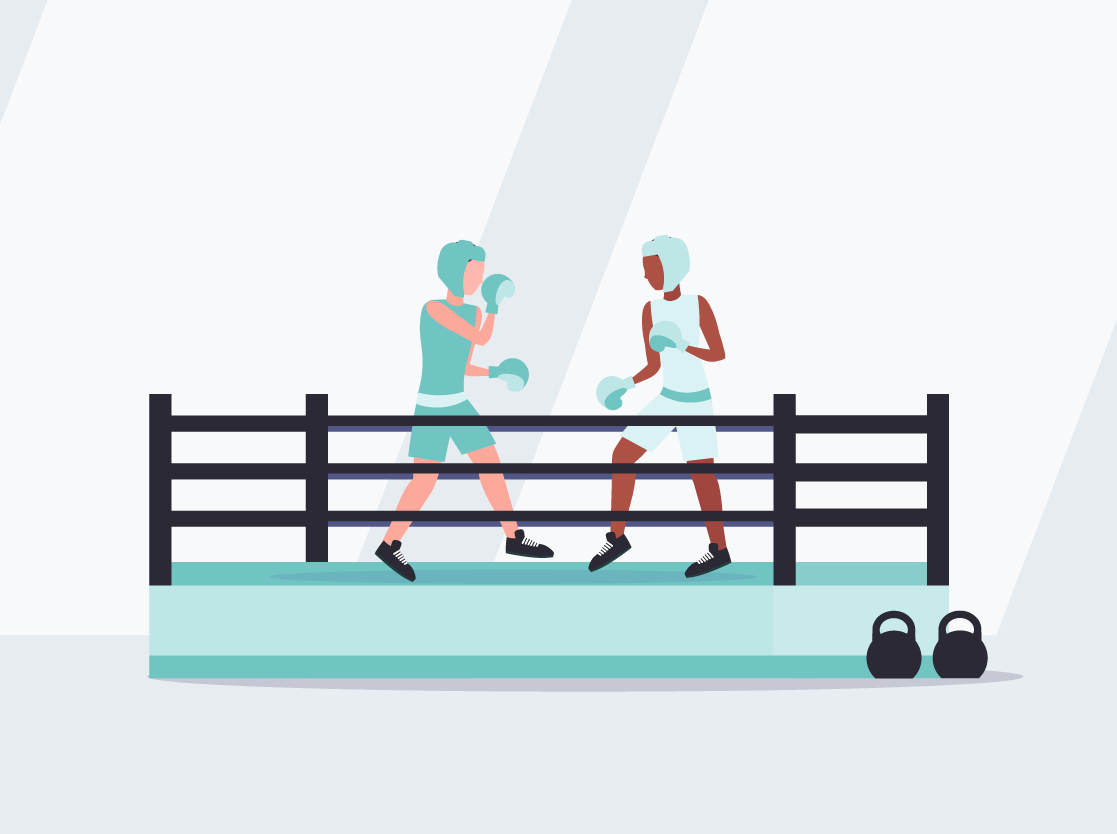 I’m a bit of a sports nut. Despite being in my late 50s, I'm still playing 11-a-side football (thankfully mostly with men of my age) and still trying to keep up with my 21 year old son and rapidly improving 24 year old daughter on a tennis court. You won't be surprised to hear that my body isn't able to do now what I could do when I was my son’s age, so I have to take care to stretch and manage my hips due to some arthritis, it’s no fun getting older!

I work almost entirely from home and will do so even after Covid is a long and distant memory. As a sports fan, from time to time I listen to TalkSPORT. Today’s mid-morning show was centred on Anthony Joshua who, having won Olympic Heavyweight Gold at London 2012 and then feted as a potential all-time great in the heavyweight boxing division, is currently considered to be a mere 3rd or 4th best in the world. Recent results have suggested that having a supremely impressive physique (I’ve seen him in the flesh) and huge amounts of power do not make up for certain deficiencies in the actual skill of boxing.

Boxing has undergone a remarkable transformation in the last 30 or so years. Up to the 1980s, each boxing division had one world champion who was regarded as the best boxer at their weight in the world. In this period the modern legends of the sport Muhammad Ali, Joe Frazier, Sugar Ray Leonard (my personal favourite), Marvin Hagler amongst many others fought two to three times a year against the best boxers in their division and helped build the sport into a worldwide phenomenon. In more recent years each division has been split into as many as four different subdivisions and it is now possible for four different champions to exist at each weight. Attempts are made to unify divisions and it is the most recent attempt to do this in the heavyweight division that creates the biggest interest and not surprisingly generates the most money.

The UK is currently home to two of the best heavyweight boxing fighters in the world, which is highly unusual. Through 2019 and 2020 it was anticipated that Joshua would finally get in the ring with the UK’s Tyson Fury (who himself has seen off some more class opponents in recent years and is considered to be a very highly skilled boxer having fought his way back from being banned for drug use in 2016) which would have created the most lucrative fight in British and possibly World Boxing history. However, this was kiboshed by Joshua losing to a Ukrainian fighter Oleksandr Usyk in September 2021

Boxing contracts often contain re-fight clauses. Joshua’s defeat, whilst surprising was based primarily on his strategy of trying to outbox Usyk, who dominated the fight with his superior boxing skills, however, Joshua had the aforementioned clause in their contract. These most recent results have increased the short-term clamour for a unification fight between Fury and Usyk (considered to be the top 2 in the world) and Joshua has been offered £15m to step aside to allow this fight to happen. This sets up a number of interesting strategies that Joshua and his people could adopt. The end game for both Joshua and Fury is for them to get in the ring with one another with a re-fight clause which would guarantee them both huge sums of money. The question is how to get there and Usyk is important in the mix, as he currently holds 3 of the 4 belts having recently beaten Joshua.

For Joshua, it's about power (and I don’t mean punching power) and strategy. Despite being offered a significant sum of money Joshua has gone back and asked for an additional £5m, with £1m of this going to charity (nice touch I thought). How then to get to a fight with Fury with the least amount of risk. Arguably the least bad option is to take the money, at the risk of seeing his reputation tarnished for ducking a fight, and then hope that Fury beats Usyk, assuming that deal will be done without a re-fight clause which will then result in the ultimate payday. This also eliminates the risk of him losing to Usyk again. In negotiation, having different strategies is important and developing alternate strategies is a key part of determining how to manage risk.

What Joshua values most is a question only he can answer. My personal belief is that neither he nor Fury will be satisfied if, at the end of their careers, they can't make a fight happen. On both sides, there are risks and uncertainty, which they can use to create more tension and more value in any eventual deal. Ultimately, regardless of how he gets there, if Joshua gets into the ring and beats Fury, he can leave the sport with his head held high and reputation and legacy mostly intact.

Notwithstanding the sporting drama that will unfold in the ring in the next few months watching Joshua's decision making in the short term will be fascinating.