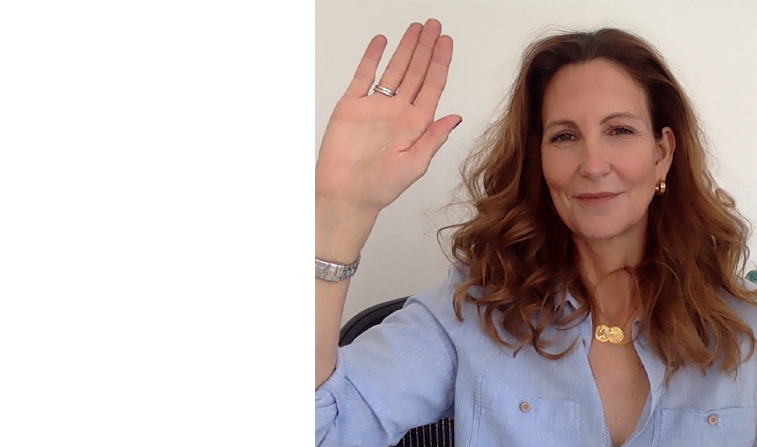 With a background as a Senior Business Development executive in a number of large and small organisations, Annabel brings over a decade of negotiating experience. Over recent years she has been involved in workshops and one-to-one coaching to analyse the issues that women face at the negotiation table.

Q: We can’t talk about Women’s Rights in 2021 without mentioning the Pandemic. Women have been disproportionately affected by COVID-19 in several ways.

Before lockdown, according to the Guardian, men’s participation in unpaid work in the home had been increasing, up to around two hours a day compared with women’s four hours. However, women are now taking on a greater share of domestic work and childcare. How can we challenge the expectation that women will take on domestic work and home-schooling during lockdown?

A: I am kind of appalled that this is happening. It makes me wonder if it is related to the nature of work that women were more likely to be doing before lockdown given the industries they would majorly work in have been the most affected (retail, hospitality, tourism) and the perception that their work is dispensable. If the case is that both parents are working and women are expected to take on childcare on top of that, that is cultural expectations in action, and it is sad that they haven’t really gone anywhere. It will be interesting to see when returning to normal if there will be a legacy if this, if I have lost the job that I was in and I am now being offered lower paid employment, it may not be worth it for me going to work. Then suddenly women could be losing access to the workforce.

A: When you start to open this can of worms it is enormous, the implication over a woman’s financial lifetime is just staggering. She won’t save as much, she won’t have a pension that is contributed to at the same level, so she won’t have the same level of financial freedom as she gets older. Typically then, a huge portion of her earnings will also then will be handed over in childcare and very often it is the expectation that her wages will be used for childcare. It is a financial disaster all around.

A challenged world is an alert world. Individually, we're all responsible for our own thoughts and actions - all day, every day. We can all choose to challenge and call out gender bias and inequality.

How can we challenge gender bias and inequality at the negotiation table?

A: It is very difficult to pinpoint what the actual impact of bias is, either internally, as in “how I manifest my own biases when negotiating” and how do I try to help people that perceive that they are being affected by bias at the negotiating table. The #ChooseToChallenge Campaign says that we have to challenge it in ourselves, maybe when we form that snapshot of an opinion, in the second breath we should then question, “Why do I think that? Where has that come from?”

When I see people negotiating sometimes there is no doubt that there is bias at play and then my challenge is how do I call that out as a negotiating skills tutor. Do I have the courage to question somebody on that bias or do I try to dress it up as something else? Even if you choose not to call somebody out on a behaviour being bias, call them out on the behaviour itself.

There are ways to call people out.

Q: How can we create more inclusive environments for women in negotiations?

I have also come across many women who say that it is difficult for them, particularly if they are younger and they are up against older men who have dominated their industry for a long time. In this situation, to make it more inclusive, perhaps companies should have policies against conducting a negotiation in the style of bullying; I don’t think this is acceptable regardless of gender, but at an organisational level that kind of behaviour would need to be challenged.

Beyond that, companies should give women some good negotiation training. You give them ideas, skills and a structure so they have control and confidence when they approach the negotiating table and, when they get push back, which will inevitably happen, it will be because they have asked for too much and not because of any biases, but they will have the confidence to deal with that pushback.

Q: You have run several Women in Negotiation Workshops, is there anything else that you feel should be mentioned from your experiences in them?

A: Some women say that they don’t experience any differences, and that is great but oftentimes this will be driven by the industry or sector that you are in. There are certain sectors that are far more used to an even split, but others aren’t like that. In my experience, I started my career selling oil to motorcycle dealerships and motor garages, my daily interchange was affected by bias and I kind of cut my teeth in that environment. I recall when I walked into someone’s garage to sell them oil and they phoned my company and complained saying: “[Company] has gone to the dogs because they have sent a woman to sell me oil”.

If you feel like the problems you are facing are down to bias towards you or bias towards the other side, I guess you have to challenge yourself and think if there is more that you can do to challenge it from your side.